A Decade of Frenship ISD 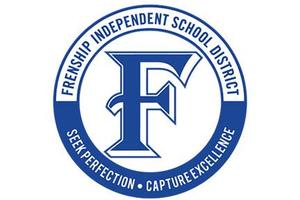 The last 10 years of Frenship ISD have seen tremendous growth, making Frenship the 13th fastest-growing school district in the state of Texas.
For more than 80 years, Frenship Independent School District has been on a continuous path of growth and success. From a graduating class of 13 in 1935 to a class of more than 600 in 2019, and more than 10,000 students currently enrolled, Frenship has become a prestigious District rich in tradition and true to its values.
Throughout her almost decade of service to Frenship ISD, Superintendent, Dr. Michelle McCord has seen the District grow by 2,600 students and four additional campuses.
"As our student population increases, our beliefs remain the same - to guarantee that every child on every campus receives a premiere education," said McCord. "Most people don't realize that the majority of school districts in Texas have a student population of 1,000 or less. Our student population at Frenship has grown quickly and steadily. We are right at 10,000 students, and we have to make sure we accommodate that growth, but also remain intentional with our beliefs."
In 2009, Oak Ridge Elementary opened its doors as the seventh elementary campus in the District. In 2011, Heritage Middle School became the third campus for 6th through 8th-grade students. In the fall of 2016, Upland Heights opened its doors as the 8th elementary school, and in 2017, the Frenship High School Ninth Grade Center was built to accommodate the rapid growth at the high school level.
Enrollment at Fresnhip ISD has increased 35% in 10 years and is the 13th fastest-growing school district in the state of Texas.
"Everyone has challenges," McCord said. "I would rather face this particular challenge of growth over worries in decline. It's exciting, but it's also expensive."
New schools mean new staff, new principals, cafeterias, infrastructure, electricity and other bills. These expenses can be a burden on the taxpayers in the Frenship community, but Dr. McCord says she is grateful for the community's constant support.
"We are committed to fulfilling the will of the community," McCord said. "We don't get distracted by other outside districts. We stay true to the community's expectations of Frenship."
When looking forward to the future, McCord says Frenship will see changes but will remain constant in its vision to "Seek perfection...Capture excellence."
"We'll continue to face growth in numbers, and we'll see new updates to the District," McCord said, "but the constant will be positively seeking innovative solutions to address current and future growth while honoring Frenship's rich tradition of excellence."
Print