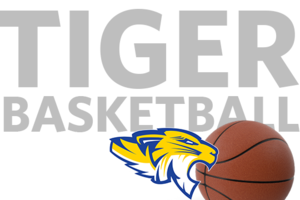 Frenship Tiger Boys Basketball (11-4, 2-0) took home two district wins over the winter break. This week they fell in a non-district match up against Midland Christian but are looking for their third district win against Odessa High on Friday.

The Tigers played Midland Lee back on December 22 in their first minutes of district play of the season. They took a big lead early in the first quarter, further solidifying it when TJ Miller drained a three-point shot, followed quickly by a steal and fast break by Jeb Smallwood brining the score to 20-3. After the half, TJ Miller drained a three-pointer off a steal by Jeb Smallwood, hoisting the Tigers over Midland Lee 49-31. Frenship won the game 69-45.

On January 2, the Tigers faced Abilene at the Tiger Pit. The game started off well for the Tigers with a steal early on by Devin Hatfield resulting in a two-point basket for Frenship. The Tigers started the second quarter with back-to-back three-point shots by TJ Miller and Jeb Smallwood. After the half, the Tigers let Abilene gain some ground but ended up taking home the W with a final score of 59-49.

Frenship Boys Basketball Head Coach Paul Page said he is impressed with his team early on this season.

“We are not used to having to play meaningful district games during the Holiday break, so it was important for us to stay focused and come away with those victories,” Page said.

The Tigers will take on the Odessa High Broncos on Friday, January 8 in Odessa. Follow @BoysFrenship on Twitter for live tweets during that district matchup. https://twitter.com/BoysFrenship