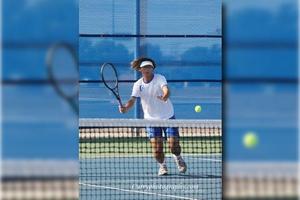 The Tigers Tennis teams will compete again in the District Tennis Tournament on Wednesday, April 14 and Thursday, April 15 at their home court.