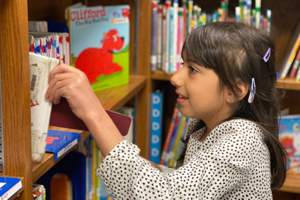 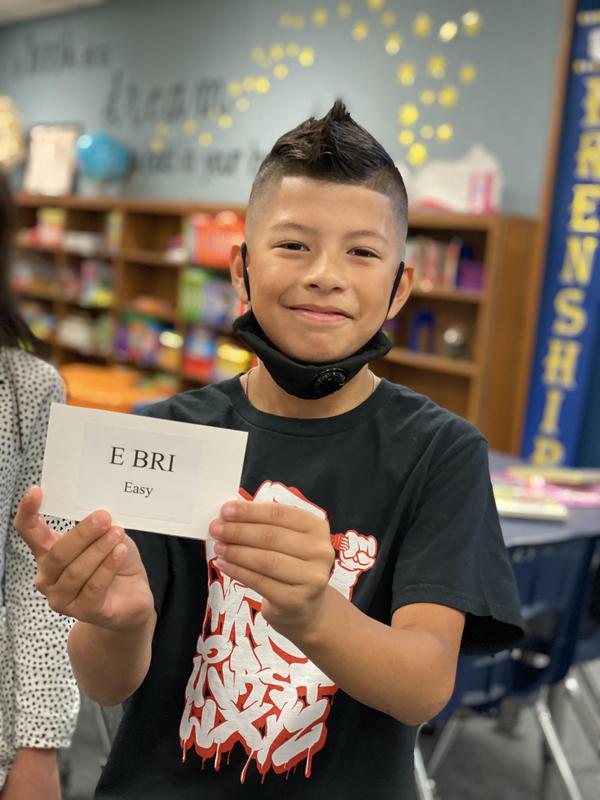 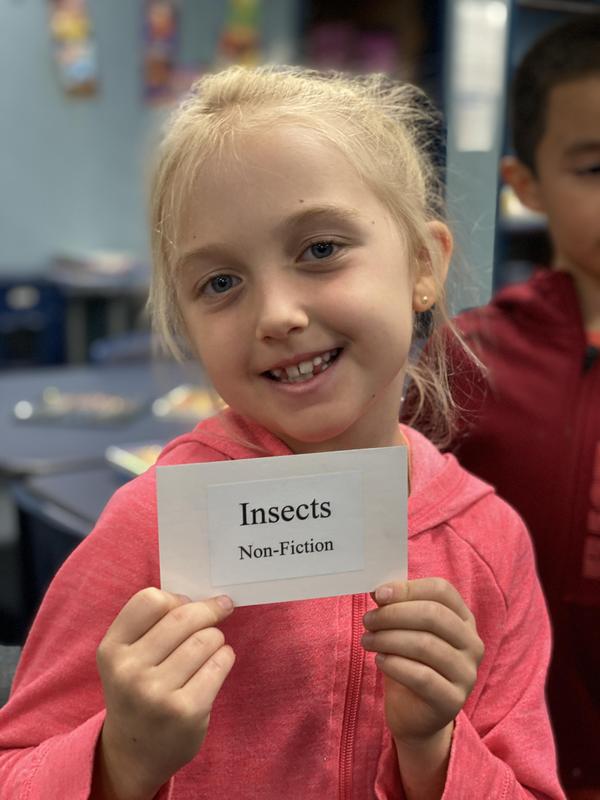 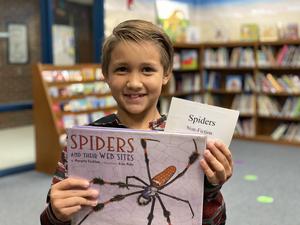 During their teacher’s collaborative team time, students at Westwind Elementary learned about the Dewey Decimal System by having a relay race in the library.

“After explaining about the Dewey Decimal System, teaching students about the signage that goes with it, and showing examples, we had the students participate in a Dewey Decimal System relay race,” Howard said. “There were two lines of students - the first student in each line, Student A, was given a card with that had the spine label name and the genre of book the student was supposed to go look for. Student A then had to run - yes, run in the library - to locate the book.”

Howard explained that Student B, the next person in line, was then given the book and they had to run to put the book back where it belonged.

“Student B then grabbed the shelf marker, ran back to the line, and give it to the next in line, Student C,” Howard said. “While Student C was waiting his or her turn, they were given a card and were able to be thinking about where they could find the book when it was their turn.”

Howard said that giving students an opportunity to have a fun, interactive, and exciting day in the library was so much fun.

“The students were thrilled to be noisy and run in the library, and they learned a lot about the Dewey Decimal System,” Howard said. “They learned about the overall topics that related to each of the numbers, as well as, learned more about where specific genres in the library are located.”

Howard said the very next day she and Ms. Foster were able to see the fruits of their labor.

“When students came to the library for checkout the next day, they were able to search the computer for specific books, and they were able to help each other locate the book on the shelf without teacher assistance,” Howard said.