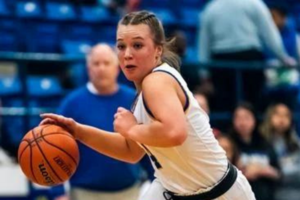 Both the boy's and girl's basketball teams played and beat the Midland Legacy Rebels in home district match-ups.
On January 17, both the boy's and girl's basketball teams played Midland Legacy at home.
The girls were up first and took down the Rebels 49-34. This win marked the girl's 35th home district win.
The boy's team also won their match-up, going 89-58 against the Rebels. Patton Pinkins had 31 points, Jalen Braziel had 17, Armani Gaganica had 11, and Daniel Gedeon had 10 points and took five charges.
Both teams will travel to Odessa Permian to take on the Panthers on January 20.
Published January 20, 2023