Officer Tim White began his law enforcement career in 1991 with the Lubbock County Sheriff’s Office Communications section.  In 1992, Tim began working as a jailer.  After completing the Basic Peace Officer academy in 1994, Tim went on to work in Patrol, Warrants Section, and back to Patrol after a promotion to Sergeant.

Tim retired from the LSO in 2016 and began working for Frenship ISD in March of 2016.  Tim is assigned to Heritage Middle School and Oak Ridge, Crestview and Upland Heights elementary schools. 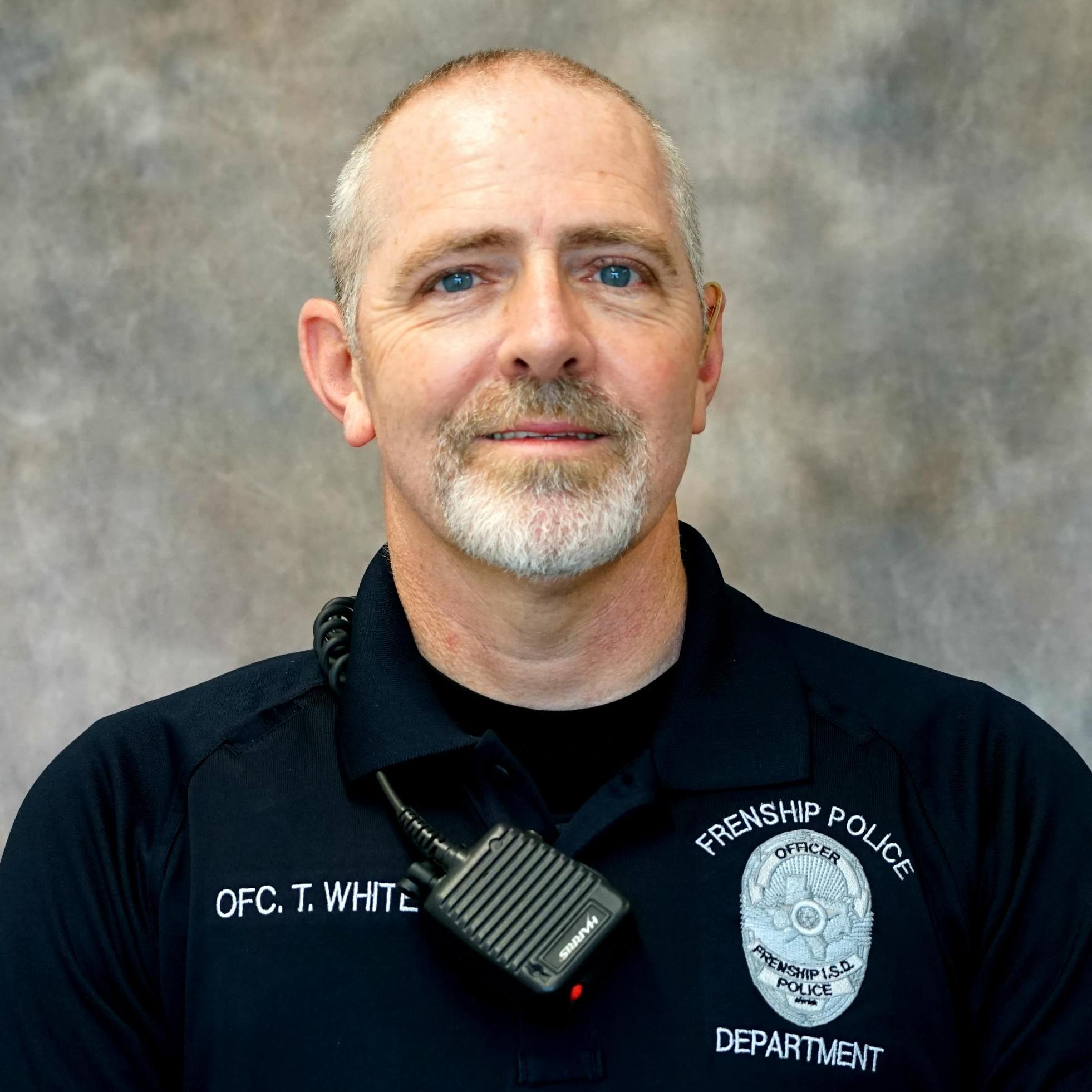