Highlights from Boys and Girls Basketball Against Amarillo Tascosa 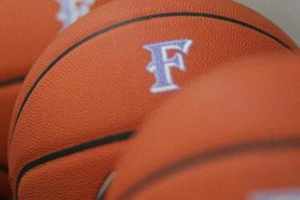 Both Boys and Girls basketball teams defeated Amarillo Tascosa in the latest round of games.

When you have a senior guard like Maci Maddox, who has started 136 consecutive games, it’s hard to imagine there are more impressive streaks to consider. But Frenship Girls basketball has now clinched a berth in the postseason for 17 consecutive years. As if that feat was not impressive enough, also clinched at least a share of the District 2-6A title four years in a row with their victory over Amarillo Tascosa last Tuesday in the Tiger Pit.

The Tigers improved to 8-0 in district play with a 76-55 victory over the Rebels in that one, accounting for Tascosa’s only two losses on the season. Tascosa boasted three players in double digits, but unfortunately for them so did the Tigers. Kaylee Rendon, who scored a season-high 24 points in the first matchup of these two teams, bested herself with a 27-point effort. Rendon went 7-7 from the charity stripe and went 4-4 from beyond the arc in the third quarter alone. Airron Gaydon accounted for 12 points for the Tigers and Avery Walker-Henry chipped in another 11.

The Tigers hit the road Friday to face Odessa High, it was a night the Tigers struggled offensively but ultimately took down the Lady Bronchos 50-44. Kaylee Rendon once again led the way offensively with 13 and Maci Maddox chipped in 11 as well, but the difference in the contest was Zaria Fowler whose strong post play accounted for 11 points on the evening, 9 of which were in the fourth quarter.

With that victory Frenship locked down the outright District 2-6A Championship. They returned to action Monday, February 10th on the road at Midland High. That gave was moved up from the scheduled Tuesday time due to expected winter weather in the Lubbock area. You can find that recap in next week’s Tiger Tales and can find game updates by following the team on Twitter @FrenshipGBB.

Tiger Boys Basketball Gets Back to Winning Ways

The Frenship Tigers (23-7, 4-3) fell at home to Amarillo Tascosa 52-50 in a heartbreaker. The Tigers battled throughout but were unable to seal the victory in the waning moments against a tough and athletic Tascosa squad who previously gave the Tigers fits on the road.

Jeb Smallwood led the way for the Tigers with 14 points and Donovan Smith dropped another 12 on the Rebels. Smith was also hot defensively once again with 3 steals, 2 deflections, and 1 drawn charge.

On Friday, the Tigers hit the road to face Odessa High in their own gym. The Tigers took the contest 78-58 with strong all-around team performance. Four Tigers tallied double-digit scoring led by Noble Robinson with 16 points, Jordan Palmer chipped in 14, and Bryce Ganado and Jeb Smallwood both with a dozen points apiece. Donovan Smith was a weapon once again with 6 offensive rebounds, 2 defensive rebounds, 5 steals, 3 blocks, and a deflection. Jastyn Garret also snagged 5 steals and added 6 deflections to his effort.

Frenship was back in action Monday, February 10 on the road at Midland High. That game was moved up from Tuesday in expectation of winter weather in the Lubbock area. That recap will be available in next week’s Tiger Tales and the recap of Frenship’s Senior Night versus Odessa Permian at the Tiger Pit on Valentine’s Day. Fans can always find updates about the team on Twitter @BoysFrenship.