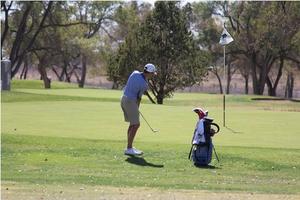 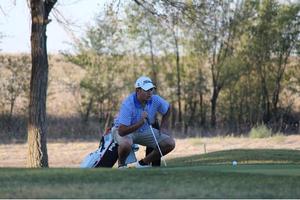 The Frenship Tigers hit the links twice in the last week and came home victorious both times.

Last weekend, Frenship headed to the Permian Basin to compete in the West Texas Classic at Odessa Country Club and Ratliff Ranch Golf Links. The Tigers led after day one and ultimately came home with a championship with a two-day combined score of 583.

Frenship has won the team title at this tournament four years in a row and have become very comfortable at Ratliff Ranch.

“Our kids like to play here,” said Head Coach Dan McDonald. “I do junior high golf and high school golf. I tell our junior high kids that if they can start playing at Ratliff during the summer, it’s going to pay off.”

McDonald’s tactics continue to pay off as Frenship has become a constant competitor in West Texas golf and colleges are continuing to take notice. In 2019, former Tiger golfers Brian Boles and Jayce Hargrove both signed to play at Texas Tech University and current senior Logan Vargas has committed to play at the University of Houston.

The Tigers returned home with their team victory and got right back to work, hosting the 36 at Hillcrest along with the Lubbock-Cooper Pirates on Monday, October 12. Once again, the Tigers won the day with a team score of 597. Vargas took first with a 71-75 (146) and freshman Hunter Welch had another strong showing taking 3rd overall with a 77-72 (149).

The future looks very bright for the Tigers as Frenship Gold, a JV team, competed in the Wylie Invitational in Abilene on Thursday, October 15. The Tigers took the day there as well at the Abilene Country Club North. In addition to being the top team, the Tigers swept the individual awards first through third place with William Kimberley (74), Jathan Reed (76), and Brayden Katilus (77). The Tigers finished the day 112 strokes ahead of the second-place team.

Frenship’s varsity squad will be back in action on Saturday, October 31 at the Canyon Tri Match at Palo Duro Creek in Canyon. That will be the Tigers’ final tournament of the Fall season. Fans can keep up with Tiger Boys Golf on Twitter @Frenship_Golf.

Quotes courtesy of the Odessa American.