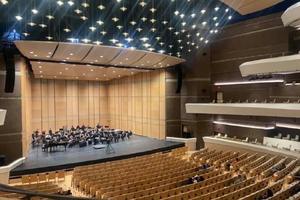 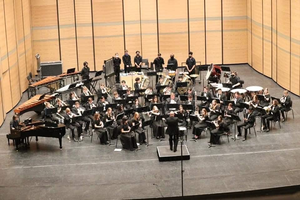 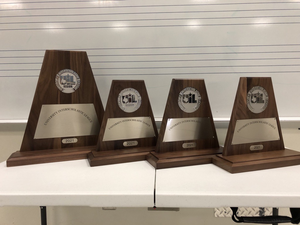 “This trophy is designed to reward excellence in the three most measurable aspects of the public school band curriculum: marching, prepared concert performance, and ability to sight read music,” Smith said.

At the contest last week, the different groups performed the pieces listed below:

"The Ringmaster’s March" by John Mackey

"The Seal Lullaby" by Eric Whitacre

Smith expressed his excitement and praised his students and the other directors for their hard work during such an unprecedented and strenuous school year.

“A sweepstakes award is the culmination of a year-long effort in excellence,” Smith said. “This is an awesome achievement any year but especially this year when so much uncertainty with the COVID pandemic affect some of our student’s ability to be at rehearsals due to quarantines. Also, all our rehearsals have been done with social distancing and special accommodations to help mitigate unnecessary close contact.”

Smith said they were thrilled when COVID numbers had receded enough to compete in an in-person performance.

“Buddy Holly Hall is a top notch facility and is comparable to any fine auditorium in the country,” Smith said. “Lubbock is extremely fortunate to have this facility! We are extremely thankful for Lubbock Independent School District, Lubbock Entertainment/Performing Arts Association, and UIL for working together to allow us to have our concert and sight reading evaluations in Buddy Holly Hall.”

Smith also announced the bands had a well-known music aficionado in the audience during their performances.

“We were also lucky to have Mr. Richard Crain in attendance during the performances,” Smith said. “Mr. Crain has served on The Midwest Clinic Board of Directors since 1992 and is a well-known music educator throughout the country. After our performance, Mr. Crain made an effort to tell me how wonderful the students at Frenship performed.”

Smith said this school year has been filled with success for his bands, as well as the middle school bands at Frenship.

“We are extremely excited that every band in the district, middle school and high school, made a Division 1 (Superior) rating on their concert and sight reading evaluations,” Smith said. “Each middle school had a Varsity and Non-Varsity ensemble, plus the four HS bands, for 10 total awards!”

If you would like to hear the FHS Band ensembles play, they will be performing for the public: