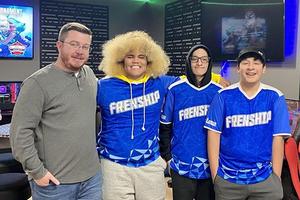 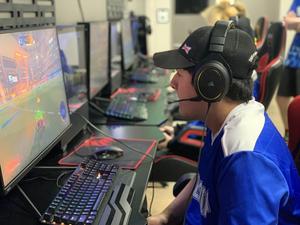 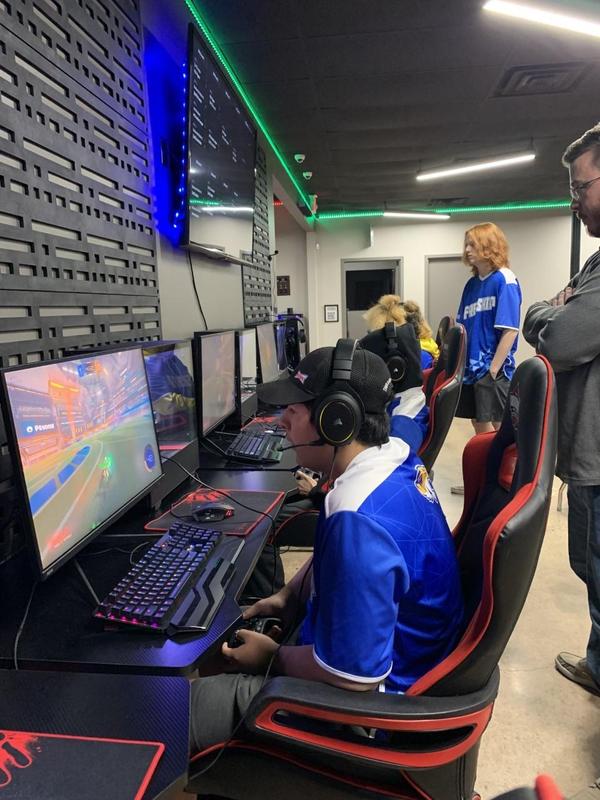 Just before winter break, the Frenship High School Esports teams competed in the Hub City Showdown tournament, their first in-person tournament since the fall of 2019.
Both the JV and varsity teams competed, with varsity defeating Lubbock High in the finale to win the Rocket League part of the tournament.
Frenship High School Computer Science teacher and ESports Advisor Nicholas Copeland said the tournament in Lubbock was exciting for his team to be able to attend.
"The Lubbock tournament was a rare thing," Copeland said. "Since this program started in the fall of 2019, Lubbock High School and us were the first schools to have Esports. At the time, Lubbock hosted this big tournament where a lot of students from a lot of schools came to compete."
Copeland said his team won that year and had an invaluable experience competing all day in person. Shortly after though, COVID-19 shut schools down and teams were not allowed to attend in-person events.
"The tournament before winter break this year was the first tournament we were able to compete in again since the fall of 2019," Copeland said. "We were there, Lubbock High was there, a team from Lubbock's CTE program was there, and a few teams from Monterey were there as well."
Copeland explained that his team won the Rocket League portion of the tournament again this year.
"We had a lot of fun at the tournament," Copeland said. "We are hoping to defend our title next time we compete."
Copeland said that because of COVID, he had to get creative to ensure his teams were able to compete. That is when he joined a program called "PlayVS." Read more about PlayVS here.
"For over three years now, we have competed in a league called 'PlayVS' which is a state-wide program that allows us to play each Tuesday and Thursday against other teams across Texas," Copeland said. "It's just like a traditional sport where you have a pre-season where we work out the kinks and make sure everything works, then we move on to our actual season where the record counts, and then we move on to playoffs where if you lose you are out."
Copeland said the first year his teams made it to the finals round of the playoffs, and they are hoping to get back there this spring.
"We've got some new talent and I think we have a good chance of getting to the finals again this year," Copeland said.
Competing in live, in-person tournaments is something that Copeland believes helps his teams build resilience and the ability to perform under pressure.
"There are a lot of habits that we have to break when we compete in person," Copeland said. "When we are in this room competing online we can't hear the other team, but when we are face-to-face and you make a mistake, you can hear the other team's criticism, and it gets you tilted a little bit. It's the little things that get to you when you're competing in-person."
Copeland said the growth and interest in the program have been fun to watch. He explained that his teams are limited and at this point he has so much interest that he has to hold tryouts.
"We play League of Legends and Rocket League," Copeland said. "Rocket League has always been so popular, but this year League of Legends had a ton of interest. I didn't like it, but I had to cut three people because our team was full. It is exciting to see the interest grow and evolve through the years."
Copeland spoke about how Esports helps students with social skills, teamwork skills, dexterity, time management, and other skills they will need in the workforce later in life.
"I think that is one of the coolest things about ESports," Copeland said. "There are a lot of soft skills that you can learn from video games alone; tenacity, competitiveness, ingenuity, and those are things you can get playing at home alone. What you gain from Esports is the teamwork, communication, and the comradery that I think carries over into a professional setting. These kids don't play traditional sports, but they get it from Esports."
Copeland said watching his student's personalities grow is the best part.
"It is so great to see a kid come in that is shy and timid," Copeland said. "After a while you see him making calls confidently, communicating with their team, criticizing their own decisions and fixing their mistakes, with a completely different mental change is what is so important. That is what Esports is all about."
Published January 14, 2022 Print