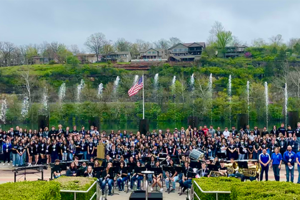 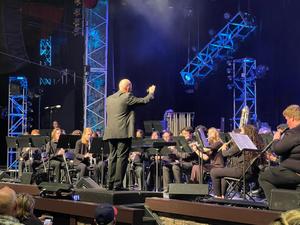 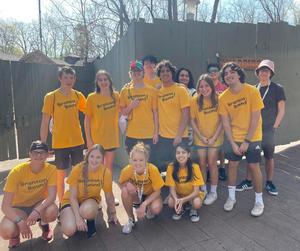 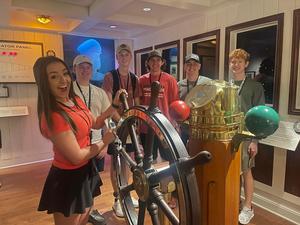 All five Frenship High School concert bands traveled to Branson, Missouri for a public performance opportunity this past week.

The Concert Band, Symphonic Blue, Symphonic Gold, and Wind Symphony performed at the famous Branson Landing as part of the “Branson on Stage Live!” concert series. The Wind Ensemble performed later that evening as an opening act to Branson’s most popular show, “The Haygoods.”

After the Wind Ensemble’s performance, Greg Hoffman, director of “Branson on Stage Live,” and Patrick and Tim Haygood, of the Haygoods show, told the audience and fellow band members that the Frenship High School Wind Ensemble was the best musical opening act the show had in the 28-years running of the show. They expressed to the audience that they thought the Frenship students were as good as college level musicians.

The trip was planned around the musical performance opportunities, while also allowing the students the opportunity to visit several famous musical acts and museums. Students were able to watch several professional musician performances including: The Haygoods, live music and dancing on the Showboat Branson Belle, and various musical acts throughout Silver Dollar City. Students also visited the Titanic Museum where they were able to walk through recreated rooms of the Titanic and view actual objects that have been recovered from the wreckage.

At Silver Dollar City the students were able to get hands on activities of early settlers and learn about the early history of the Ozark Mountain area while also having time to relax and enjoy the fun amusement park rides. Students rode the Branson Ferris Wheel that was formerly Chicago’s iconic Navy Pier Ferris Wheel.

We had so many compliments from the Branson community and performers about the respectfulness and great energy from our students. The Frenship band represented Frenship ISD and the Wolfforth community extremely well in Branson, MO.

“This was a wonderful opportunity for our students to perform for other people outside the Lubbock area,” said Ryan Smith, Director of Bands at Frenship ISD. “For many of our students it was their first chance to visit the beautiful rivers, lakes, and mountains of the Branson Ozark region.”